What can I do if my client can’t roam between my wireless router and TP-Link AP & Range Extender product?

But when you are walking between your main router and your AP (they have the same wireless name and password), you may find that your wireless client like a mobile phone is still sticking to the distant device and will not roam to the nearest device. 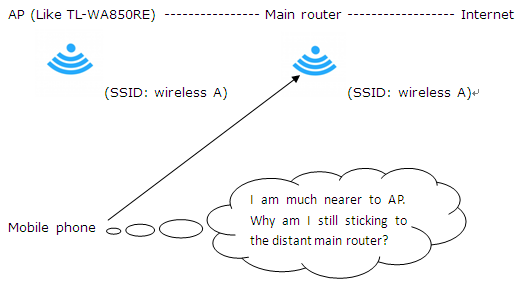 Roaming is purely a client decision. The wireless client is responsible for deciding it needs to roam, and then detecting, evaluating, and roaming to an alternative AP. WLAN standards bodies (such as IEEE) and industry bodies (such as Wi-Fi Alliance) do not specify when a client should roam, or how the client roams.

You need to configure the root wireless router and range extender or AP with the same wireless name (SSID) and same wireless password & authorization method.

Some WNIC vendor does give some mechanism to control this roaming behavior. Note: The brands like Intel and Ralink I will introduce are the wireless network adapter vendors.

1       In Intel, it is known as roaming aggressiveness and this setting allows you to define how aggressively your Wi-Fi client roams to improve wireless connection.

Here are the configuration methods on Intel WNIC:

Click configure and you will see the following picture on the right. Choose Advanced and choose roaming aggressiveness. 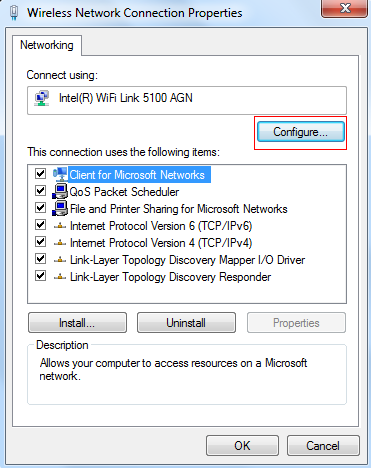 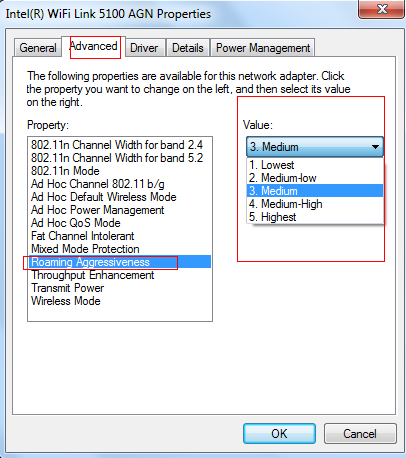 You can see there are 5 options. Here are the explanations of these five options:

l  Lowest: Your wireless client will not roam. Only significant link quality degradation causes it to roam to another access point.

l  Medium: Balanced setting between not roaming and performance.

l  Highest: Your Wi-Fi client continuously tracks the link quality. If any degradation occurs, it tries to find and roam to a better access point.

2       In Ralink, there are similar settings just like Intel except Ralink uses the name roaming sensitivity instead of roaming aggressiveness: 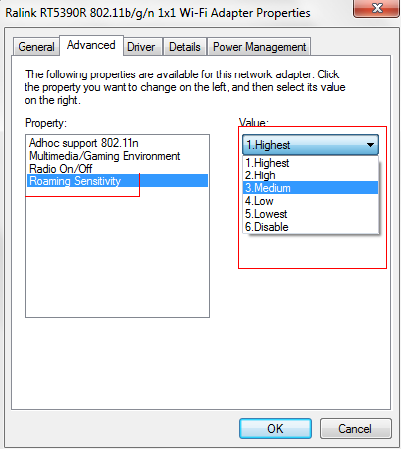 3       So if you want that your laptop can roam to a nearer AP swiftly and aggressively, you can set roaming aggressiveness or roaming sensitivity as Highest. This method is also suitable for other vendor’s WNIC except the name other vendors used may be different.

Unfortunately for now, there is hardly method to control the mobile phone’s roaming behavior.

So if you have a blackberry phone, you can set Wi-Fi Roaming Threshold as high, then your BlackBerry device roams aggressively to access points with better signal strength.

For now, we don’t know if there are any other mobile phones which have the settings to control its roaming behavior just like blackberry phone.

Before the mobile phone manufacturers improve their products’ roaming performance, we can use some third-party software to achieve fast roaming. For example, some android APPs like wifi roaming fix. Here is the official link of this software: http://www.heleron.com/ . You can install this APP from Google play too.

There are also many other different APPs for each mobile phone system. You can get it from APP market.

Here are the screenshots of the ”wifi roaming fix” . 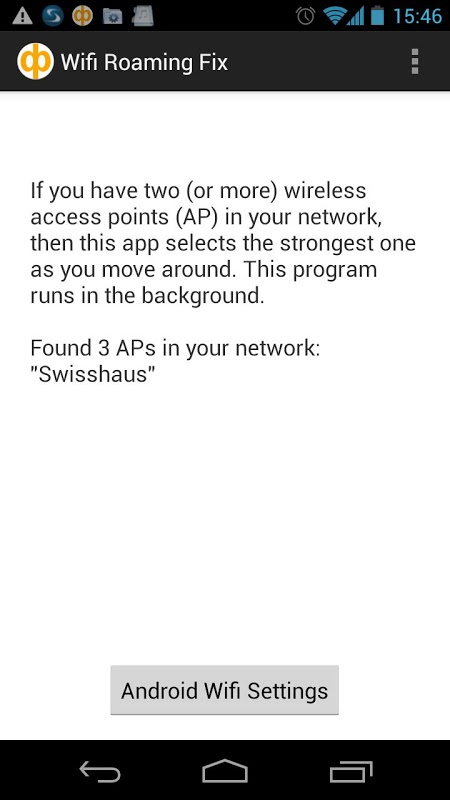 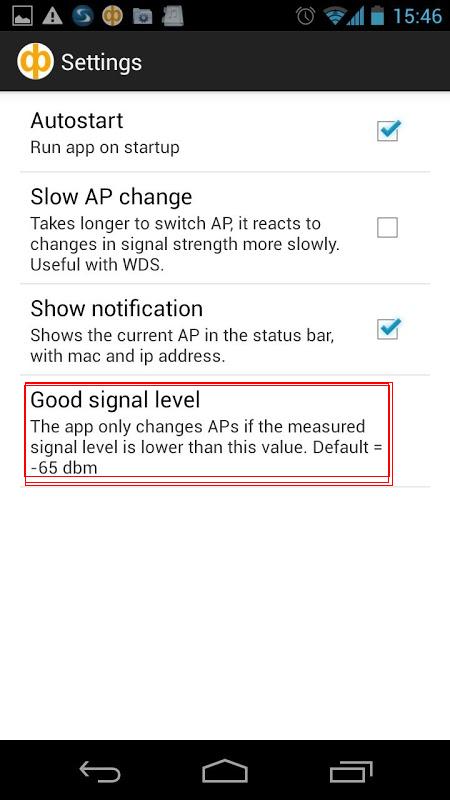 If you set good signal level too big, your mobile phone may roam frequently. This may interfere with your Internet surfing.

At last, if all the solutions can’t solve the problem you faced.  You can contact your client’s manufacturer for help as roaming process is totally decided by the client itself.