By default, the 4G band is set on Auto on 3G/4G products, however, if the device is not working on the best 4G band or the 4G band always changes which might cause an LTE disconnection issue, you could try to select the 4G band manually.

Firstly, refer to here to login the web interface, you could check the current network type and band on the Advanced >Status page:

Then go to Advanced >Network >Internet page, change Band from “Auto” to “Manual”: 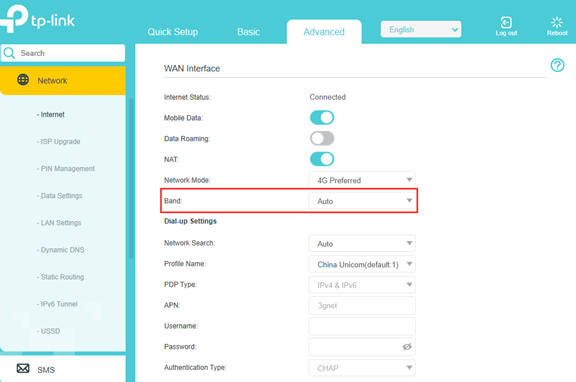 It will start searching available bands supported by the base station nearby: 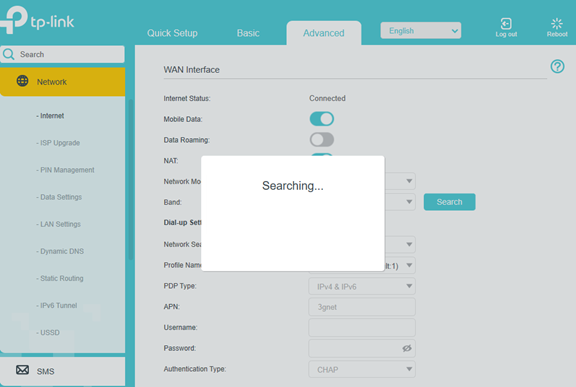 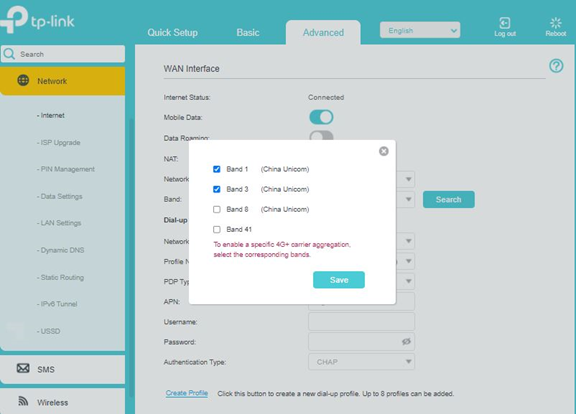 Select the 4G band your carrier supports and wait for the internet status to be connected again. 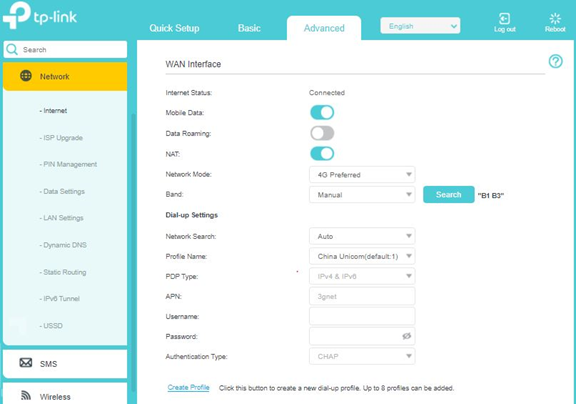 Then you could go to the Advanced >Status page to check the Network Type and Band again to see if it works on the band you selected.