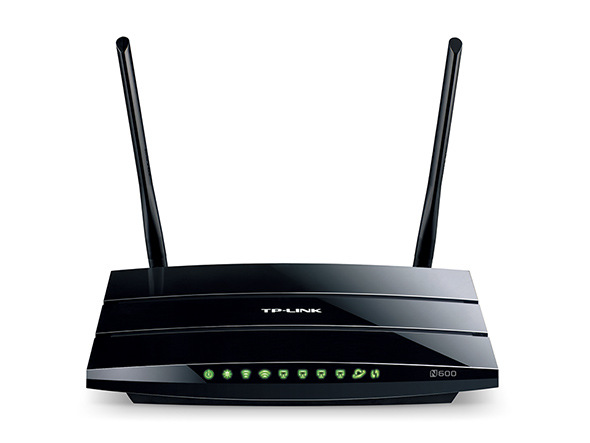 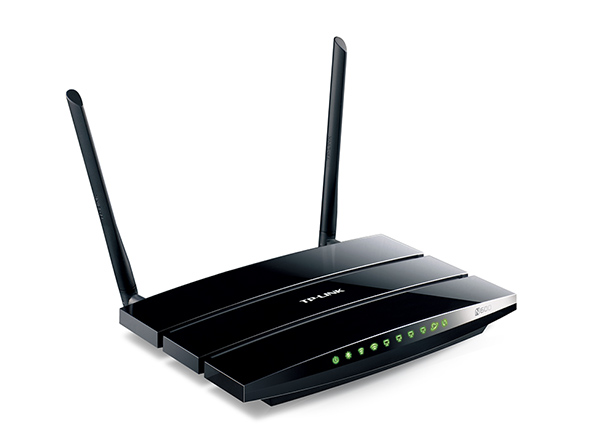 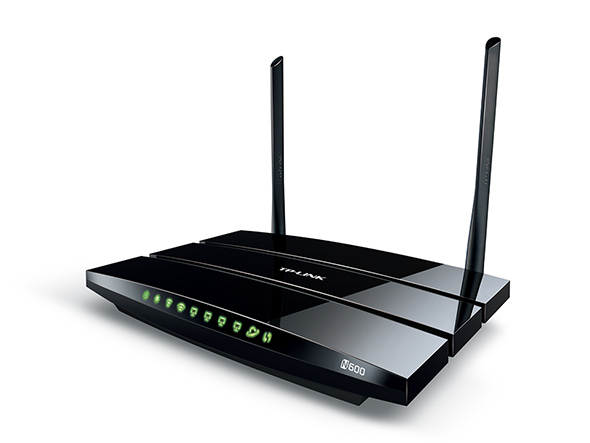 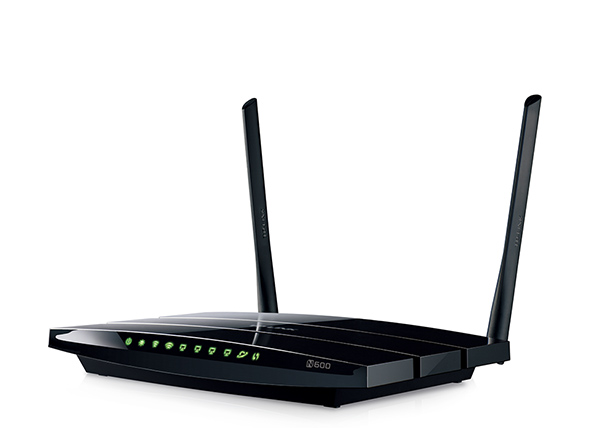 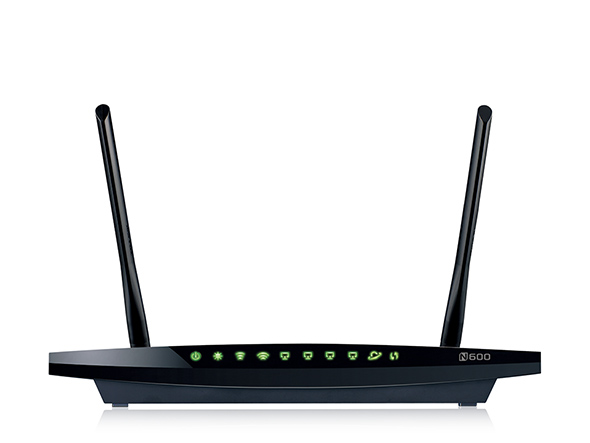 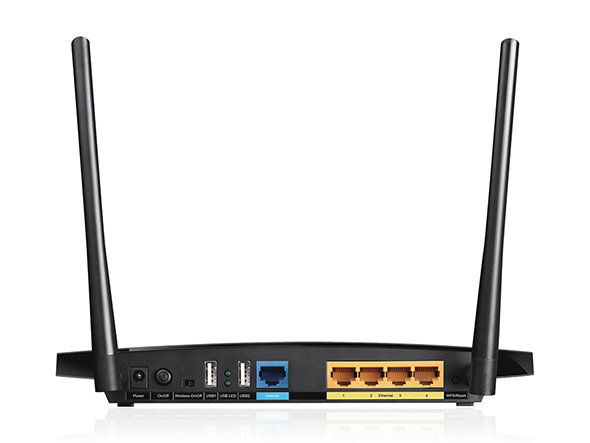 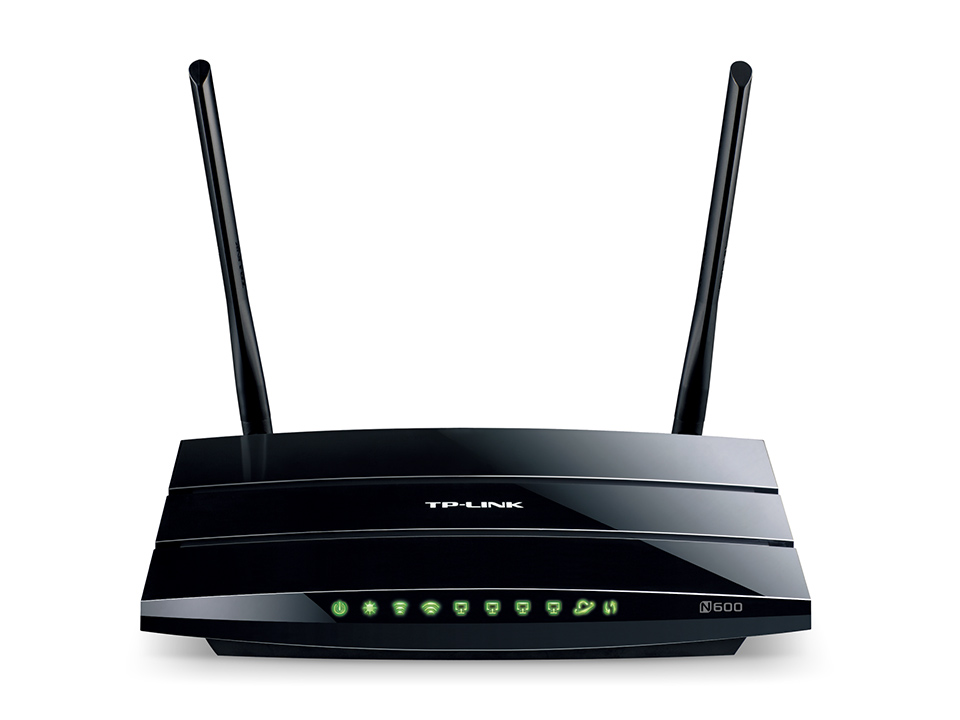 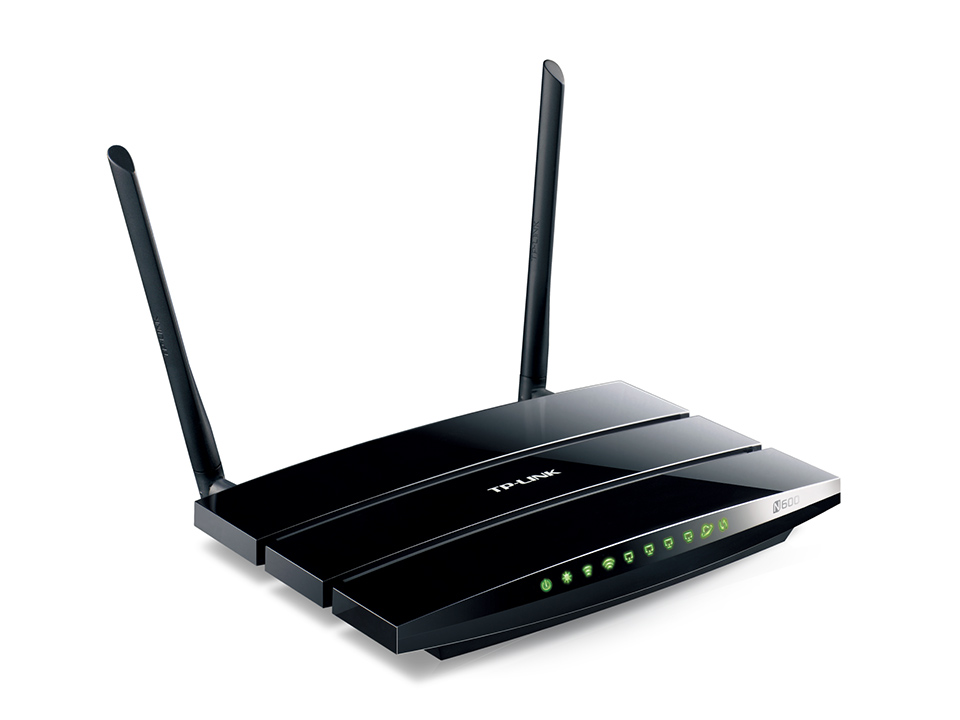 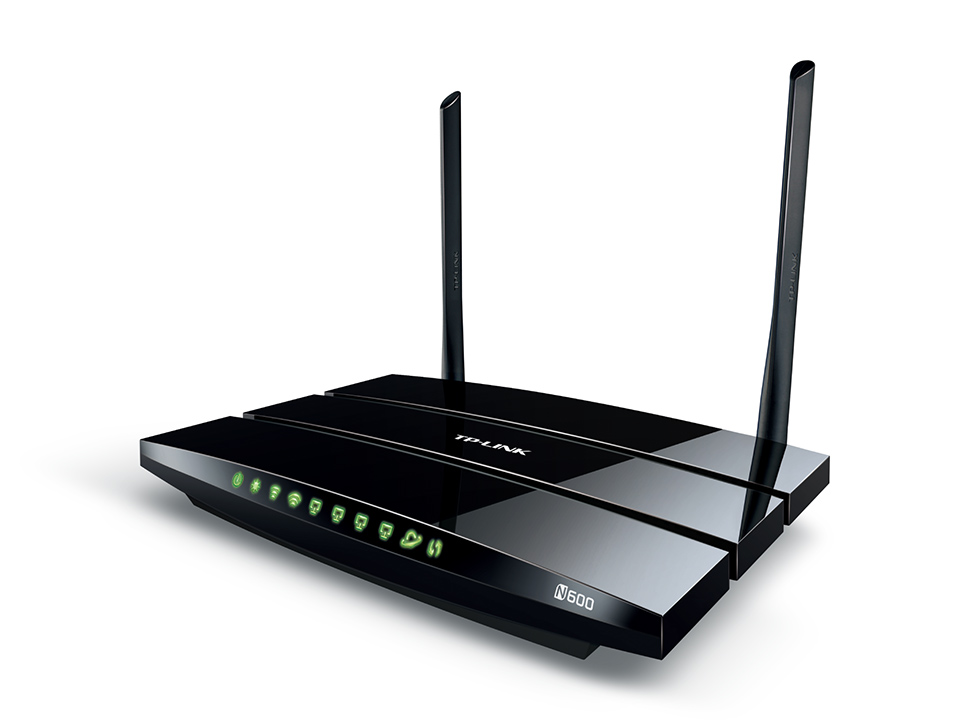 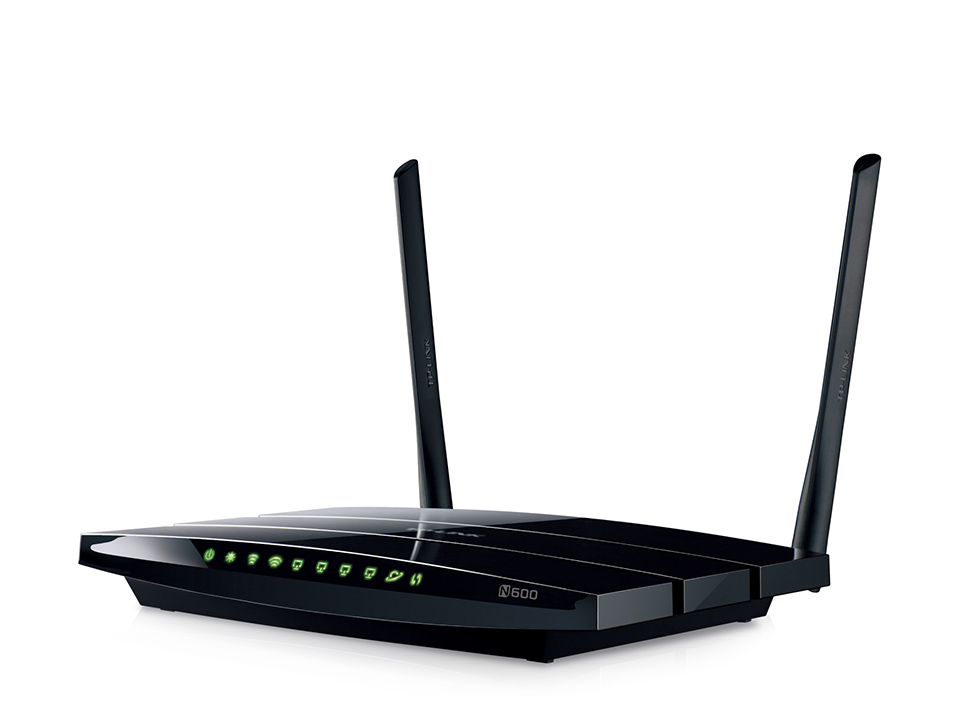 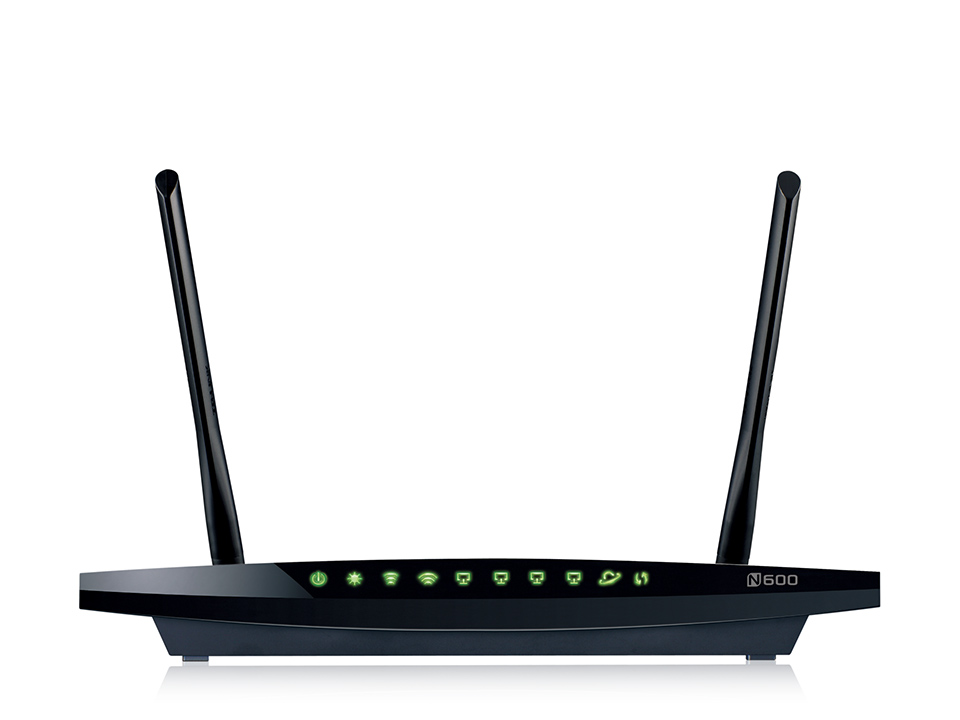 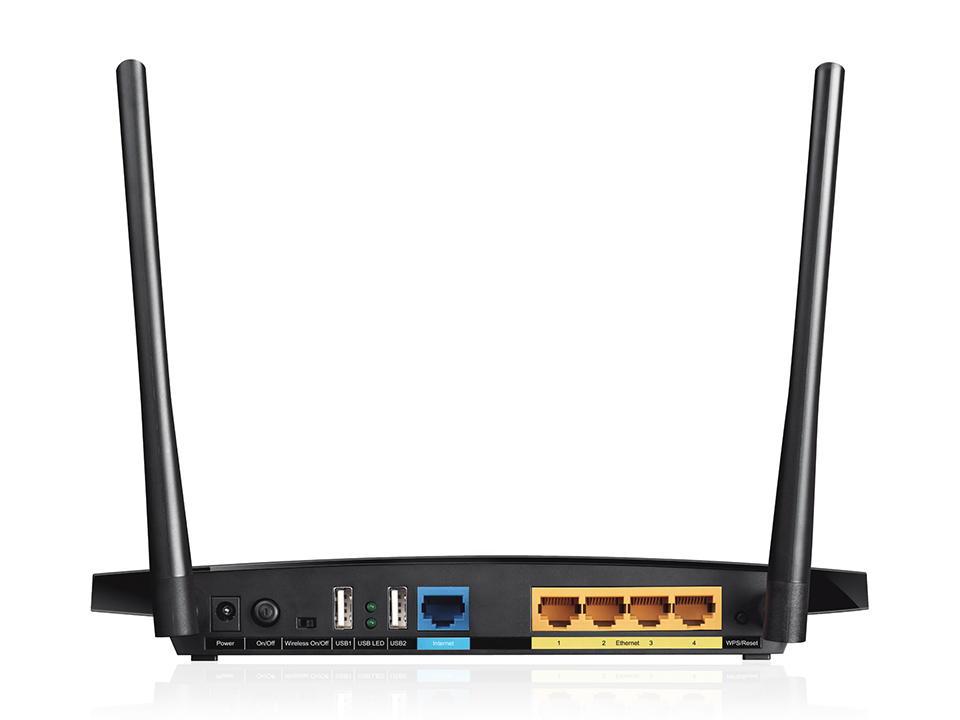 With one Gigabit WAN port and four Gigabit LAN ports, the TL-WDR3600 is able to support a robust and extremely fast wired network, ideal for latency-sensitive applications such as HD media and online gaming.

*Please update to the latest firmware.

Using the TL-WDR3600’s two multi-functional USB 2.0 ports, users can share printers, files and media either throughout the network at home with several different computers or even away, using the device’s ftp server functions so that you never have to part with your files.

The device comes with a CD featuring an Easy Setup Assistant that leads users through the setup process step-by-step, and even helps with wireless network settings and security configurations. With setups this easy, even novice users can have their networks up and running in mere minutes.

The TL-WDR3600 broadcasts and receives both 2.4GHz and 5GHz connections simultaneously at 300Mbps and 300Mbps respective speeds. Like two wireless routers in one, this allows users to run day-to-day applications, such as e-mail and web browsing over the 2.4GHz band at 300Mbps while using bandwidth intensive or latency sensitive applications, such as streaming HD video or playing online games, over the clearer 5GHz band at 300Mbps, at the same time.

The TL-WDR3600 features Wi-Fi Protected Setup™ (WPS) that allows users to almost instantly setup their security simply by pressing the "WPS" button automatically establishing a WPA2 secure connection, which is more security compared with WEP encryptions. Not only is this faster than normal security setups but more convenient in that you don’t need to remember a password!

TP-LINK’s TL-WDR3600 is a performance optimized simultaneous dual band wireless router combining the blazing fast speeds of 300Mbps using the crystal clear 5GHz band and 300Mbps using the traditional 2.4GHz band. With simultaneous dual band, users have 600Mbps of total bandwidth to power numerous bandwidth intensive applications at the same time around a large home or office setting, where simple tasks such as e-mail or web browsing can be handled by the 2.4GHz band at 300Mbps and more latency sensitive tasks such as online gaming or HD video streaming can be processed over the 5GHz band at 300Mbps, at the same time. With five Gigabit ports and 800Mbps+ hardware NAT, your wired devices will have lightning-fast, lag-free connections and, in addition to 2 USB 2.0 ports capable of sharing flash storage, printers, ftp servers and media players, users can power a robust home media network.