-- HWM Magazine
Hardware Magazine (HWM) is a leading authority on consumer technology products and the most influential tech magazine in Southeast Asia. HWM commonly features stories on emerging technology trends and the latest gadgets but is also a trusted source for consumer technology reviews with rigorous testing and reliable expert reviews. 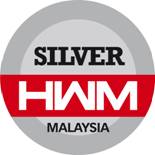 -- HWM Focuses on TP-Link
The Asia-Pacific region has become a highlight of the global 3G market and in the next 5 years is set to become the worlds third-largest 3G market. Leading U.S. market research firm Frost & Sullivan forecasts that the number of 3G users in the Asia Pacific region will reach 564 million people by 2013, accounting for 18.2 percent of the total number of mobile phone users worldwide.

TP-Links TL-MR3420 3G Router has become the best-selling product of its kind in Southeast Asias IT market, attracting the attention of HWM. The TL-MR3420 gained HWMs Silver award, with an overall performance of 8.5 out of 10 in HWMs rigorous tests. 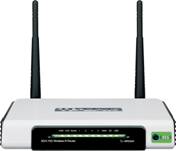 TP-Links 3G 11n routers have been tested in more than 40 countries around the world with over 100 3G USB modems (UMTS / HSPA / EVDO). Internet connected Wi-Fi is easily established simply by plugging a 3G modem into the back of the router.

The TL-MR3420 performed exceptionally well in HWMs tests with high-speeds transfer rates of up to 300Mbps near the router, 270Mbps 10m from the router and a respectable 162Mbps at the maximum distance.

Also impressive for the testers was the routers failover capability, allowing users to stay online during a gaming session or VoIP call without losing their connection by switching between a cable connection and an attached 3G connection, to stay online all the time.

"Overall, the TP-Link TL-MR3420 is a very good wireless-N router for those looking for steadier Internet connection. This router provides a seamless switch between your primary fixed line and secondary wireless 3G broadband. "
-- HWM