WiFi 6 has brought new dimensions to the Internet of Things (IoT). WiFi 6 allows a large number of devices to be connected to the internet with fast speed. This promises a good future for the development of IoT since more and more smart devices at home are connected to make a smarter life. In fact, you’re probably using IoT devices now, a smart camera that allows you to watch your home even when you’re away, for example. What makes IoT possible then?

The fact that fast and stable WiFi is crucial for IoT is easy to follow, yet there is more technology than you might realize that combine to enable IoT. Interested in navigating the complexities of IoT tech? Read on to find out more.

Many technologies are involved in the smart realm. Wi-Fi is the most widely used.

WiFi is the most widely used technology in the smart realm. The core of IoT is connectivity, and WiFi is the most general way for connecting as many devices as possible. Simply connect your smart devices to your existing home WiFi network. There’s no need for extra equipment.

Your smart doorbells, smart lights, smart security camera, your phone, are all connected through WiFi to form an interconnected system. Additionally, WiFi also enables long-distance communication, and is more able to penetrate through walls and objects. 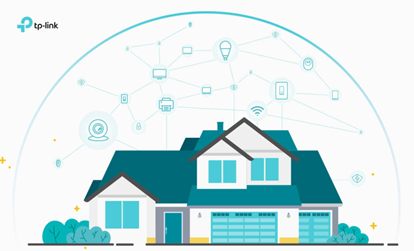 However, WiFi is a high-power network for devices connected to home circuits. There are times when you want to put your device somewhere not easily connected to home circuits, or when your device does not consume too much power. WiFi is not a good choice for such cases. That’s where other technologies like Bluetooth, Zigbee, and Z-wave come into use.

Bluetooth is short-range wireless communication technology, using radio as a medium to transmit data. Its power efficiency feature makes it suitable for power-sensitive devices. Bluetooth Mesh is the newest development that works with Mesh technology to build a seamless network. It enables many-to-many communications for devices on the Mesh networks. Thus, it is especially suited for cases where a lot of devices communicate with one another, such as factory automation and asset tracking.

Zigbee is also a wireless standard for communication between smart devices like sensors and smart locks. Like Bluetooth, it consumes little power and covers a short range (though a little bit longer than Bluetooth). To use this standard, you need a hub to bridge devices to the internet.

The good news is that Zigbee is an open standard and backward compatible, which means Zigbee devices of different manufacturers use the same standard. They can “talk” to each other to create a connected system. Yet Zigbee allows two methods to certify a device as a Zigbee device, which are not interoperable. So beware when you purchase Zigbee products.

Both Bluetooth and Zigbee have wide applications in smart home devices and factory automation. Yet both work at the 2.4 GHz frequency, the same as WiFi. Thus, they may cause interference to your home WiFi network.

Is there another technology for smart devices that won’t collide with the 2.4 GHz frequency of WiFi? The answer is yes. Let’s talk about Z-Wave.

Z-Wave is also a wireless communication protocol that enables smart devices to connect to each other. It features low-power and low-data transmission in home automation. As an alternative technology to Zigbee, Z-wave also requires a central hub as a bridge to the internet. But unlike Bluetooth and Zigbee, Z-wave uses the 915 MHz frequency which differs in different countries and regions, avoiding interference with your WiFi and microwave. Additionally, Z-Wave transmits longer than the other two technologies.

Z-Wave is a closed standard proprietarily owned by Sigma Designs. All Z-Wave devices conform to the same standard and are therefore interoperable. Since it is not an open standard shared to all manufacturers, some manufacturers have to develop their own standard if they want to use the same communication method, like Sidewalk launched by Amazon, working at 900 MHz. TP-Link is also going to launch its own standard working at 915 MHz.

The above four standards are the most widely used in the home automation market. Choosing the right smart device for your IoT network might be tricky. It helps to have some knowledge of the smart technology available. Any choice makes it a long-term issue. Hope you pick the right one so you can truly enjoy a smart life.