How to configure 802.1q VLAN on Smart Switches 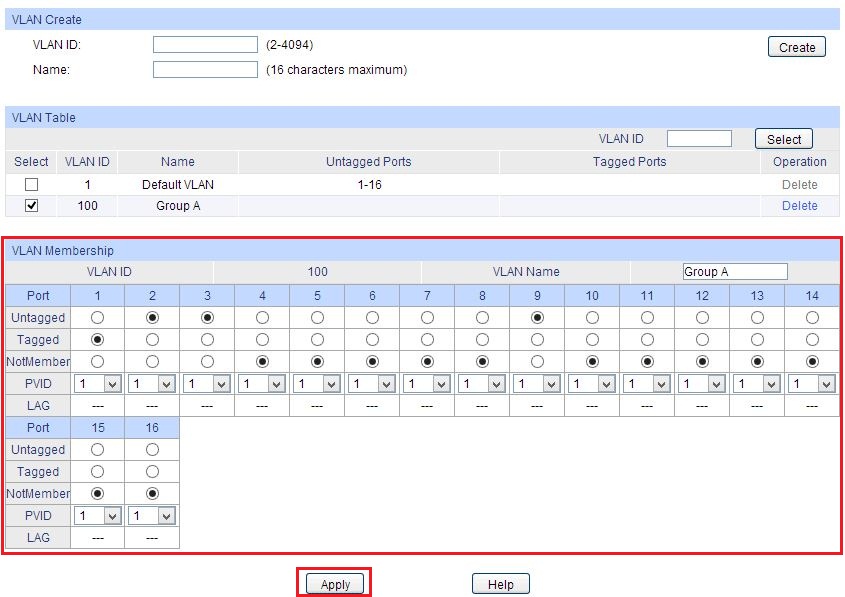 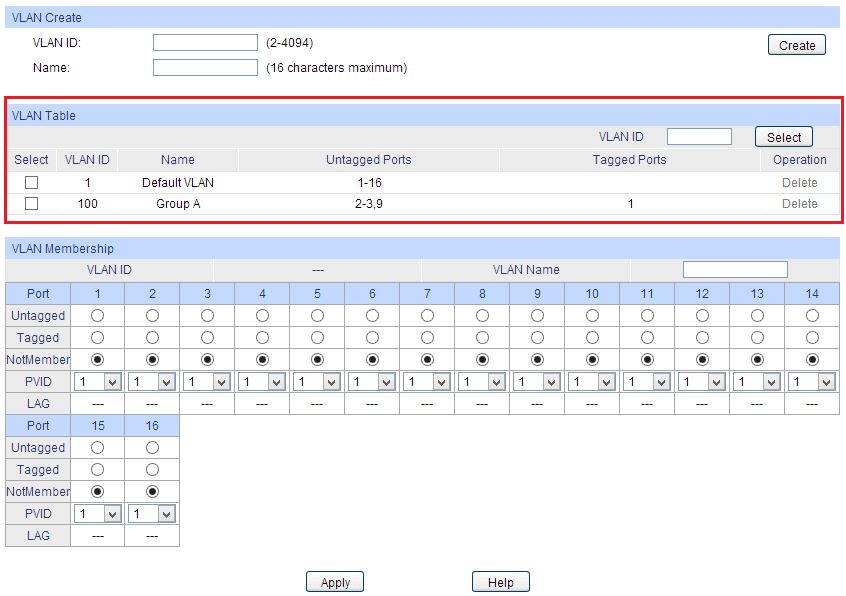 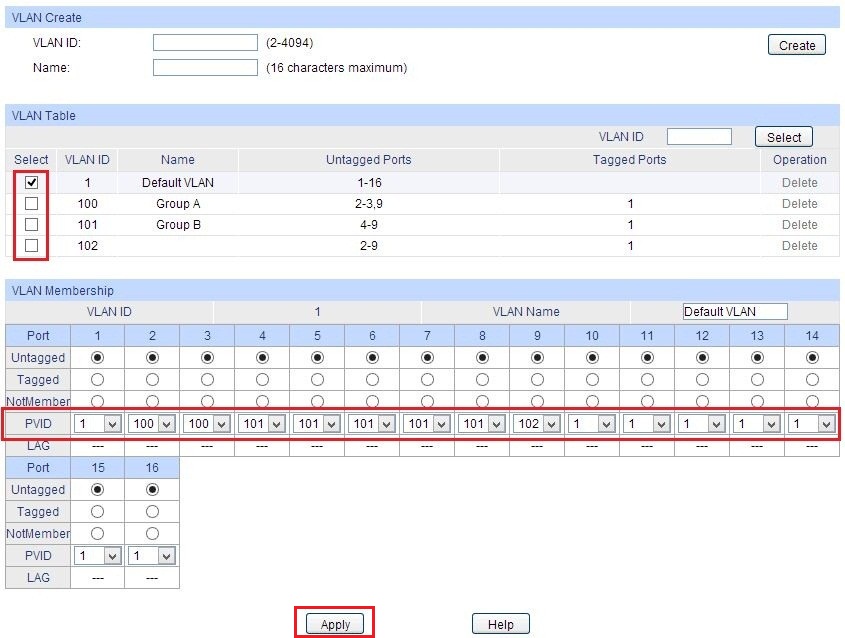 1. Only when specific VLAN has already been created that you could change a port’s PVID to VID of this VLAN. The correct steps to build several VLAN on switch is: 1.Create these VLAN 2.Select Member Ports 3.Set PVID for these ports.

2. Due to PVID of port is unique even if it belongs to more than one VLAN, you could choose any VLAN to set the PVID.