How to configure 802.1Q VLAN on L2 Managed switches using the old GUI? 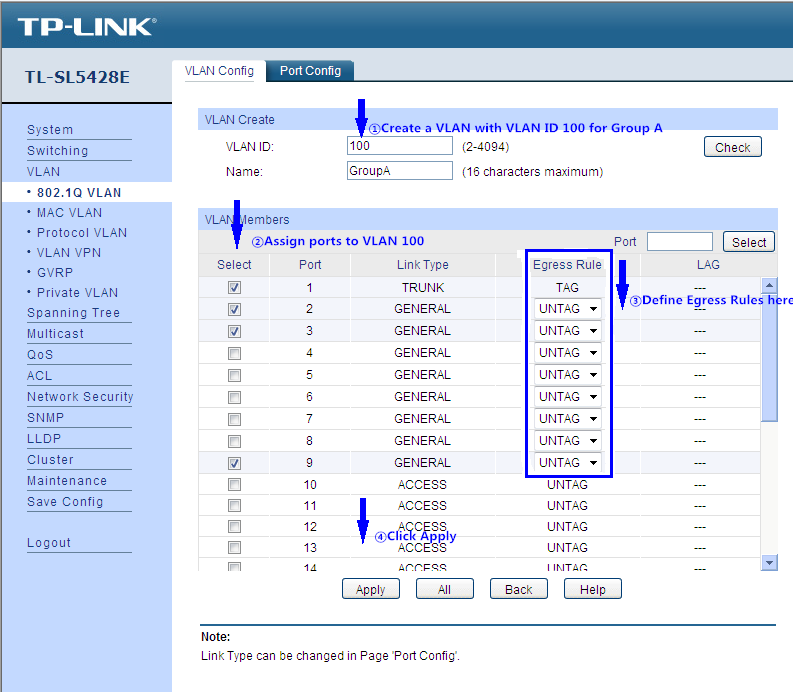 Part III: Setting PVID
PVID(Port VLAN ID) is the default VID of the port. When the switch receives an un-VLAN-tagged frames, it will add a VLAN tag to the frame according to the PVID if its received port and forwarding the frames.
For example, the PVID of port 2 is 100.When the port 2 receives a frame from the PC(untagged),the switch will tagged the frame with VLAN ID is 100 according to the PVID of port 2.So the frame will only be forwarded to the ports of VLAN 100. 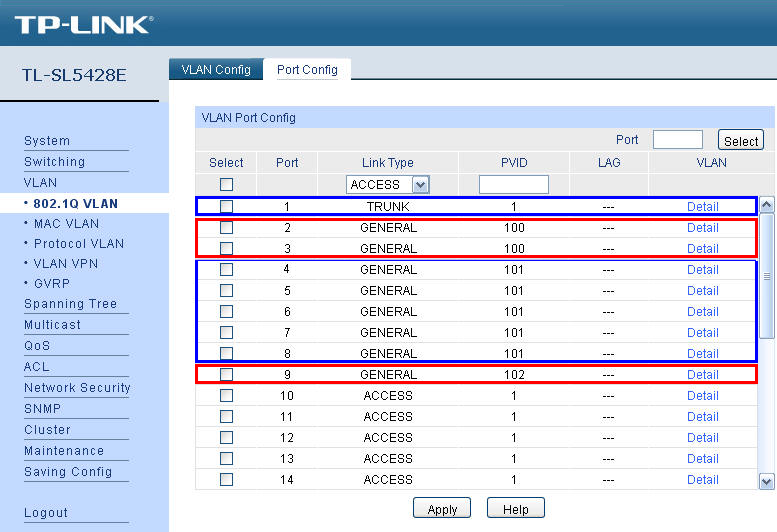 We have already accomplished all the setting so far. But don’t forget to go to Saving Config to save the settings.
Configure Switch TL-SG3424
We can configure the TL-SG3424 in the same way according to the Table 1 and Table2.
Now, the network will work as described in Purpose.
Get to know more details of each function and configuration please go to Download Center to download the manual of your product.
Is this faq useful?
Your feedback helps improve this site.
Any other feedback?
How can we improve it?
Thank you
We appreciate your feedback.
Click here to contact TP-Link technical support.