How to configure the default gateway of the smart and L2 managed switches using the new GUI?

A default route consists of three parts: Destination, Subnet Mask and Next Hop (Gateway). The destination and subnet mask are both the fixed value 0.0.0.0, which means arbitrary destination IP addresses that are not matched by other route entries.

For example, as the following picture shows, the PC needs to access the internet through the router, so we can configure 172.31.48.1 as the default gateway of the PC. 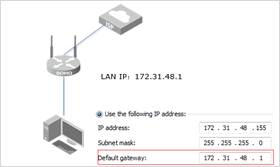 How to Configure the Default Gateway for TP-Link Smart and Managed Switches?

We still assume a network environment as the following picture shows, the switch needs to access the internet through the router. In this case, we need to set the router as the default gateway of the switch. 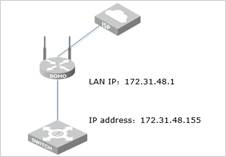 TP-Link Smart switches do not support IP routing, and we just need to designate the default gateway.

On the Managed Switch, we cannot directly set the default gateway as we do on the PC or Smart switches. But we can manually configure a default route for the switch, and the effects are the same.

to load the following page. Enter 0.0.0.0 as the Destination and Subnet Mask, and enter the IP address of the Next Hop (Default Gateway). Then Click Create.