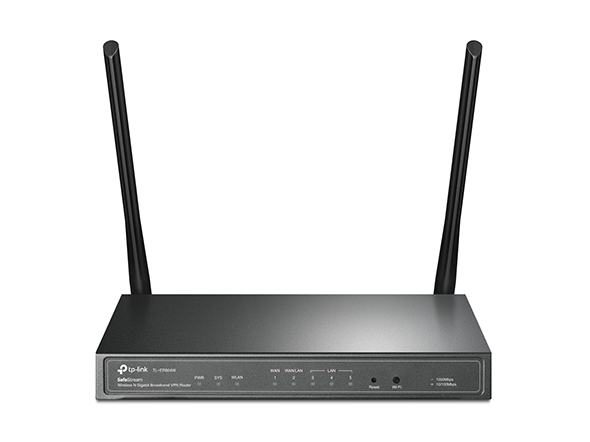 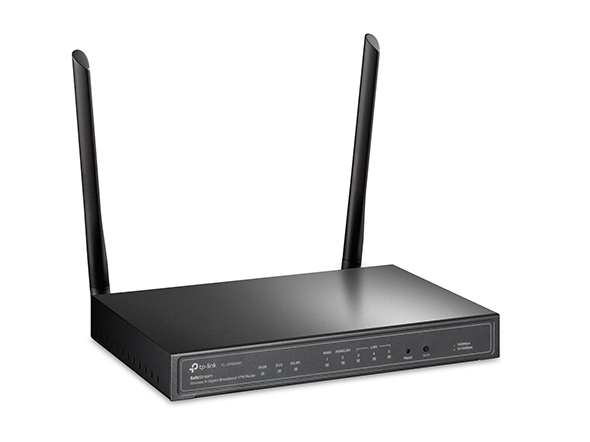 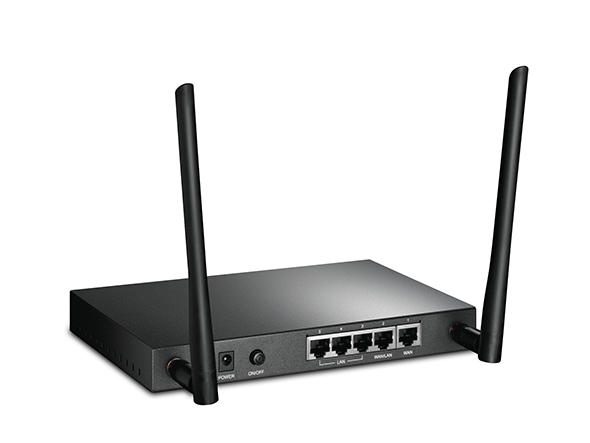 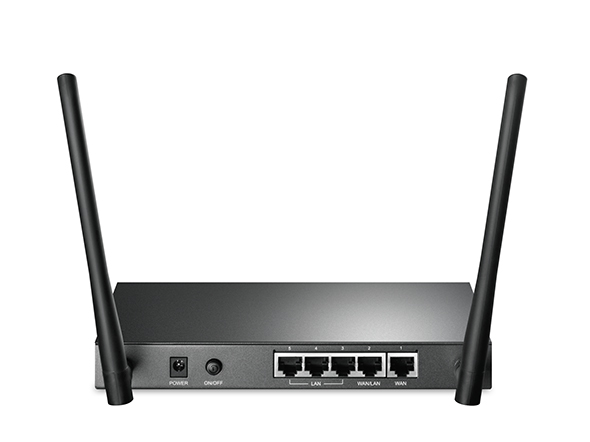 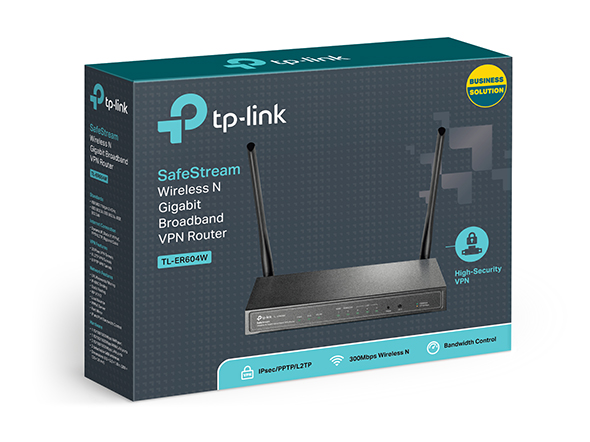 With 300Mbps 802.11n wireless and 5 Gigabit ports, the TL-ER604W is the ideal choice for bandwidth heavy users that rely on speedy, reliable connections for bandwidth intensive work or entertainment such as lag-free conference calls, HD video streaming or online gaming.

For defense against external threats, TL-ER604W features automatic protection to detect and block Denial of service (DoS) attacks such as TCP/UDP/ICMP Flooding, TCP Scanning, Ping of Death and other related threats. For better management of the internal network, TL-ER604W allows administrators to set rules to block specific web sites and IM/P2P applications with just one-click, and restrict staff to using specific services such as FTP, HTTP and SMTP.

Professional lightning protection technology is designed to prevent electrical surges from penetrating the interior of the electrical equipment and is discharged harmlessly into the Earth. This router is designed to prevent lightning damage up to 4KV in well-grounded connection conditions.This feature ensures that networking infrastructure investments remain as safe as possible from Mother Nature’s wrath.