You can enable easy authentication with printed vouchers on your Wi-Fi hotspot for clients. But when the computer installed the controller is in a different VLAN and you want to forbid your clients from accessing the controller, here we will give you some instructions on how to achieve this on TP-Link products.

The goals we will achieve in this article are listed as below:

1) The TL-ER6120 acts as the Internet gateway router and T3700G-28TQ acts as the L3 switch. The below picture depicts the topology: 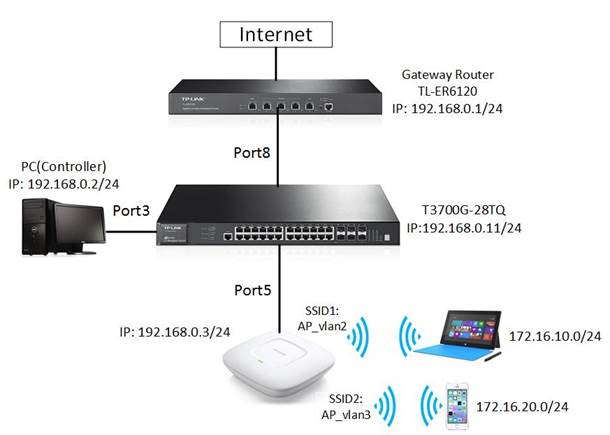 3) Port assignment on the switch.

3. Configuration on the gateway router

You can refer to FAQ 887 for more detailed configuration of TL-ER6120. 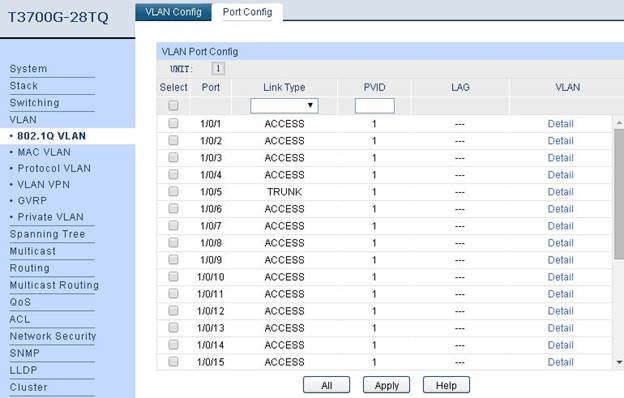 Add the default route entry so that all the device can use TL-ER6120 as the Internet gateway. 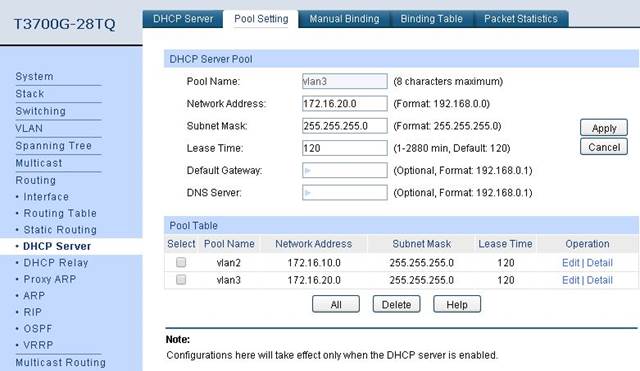 Configure “Extend-IP ACL” so that clients in different VLAN can’t communicate with each other and can’t get access to the Controller either. But it requires that all of the clients are able to surf the Internet. 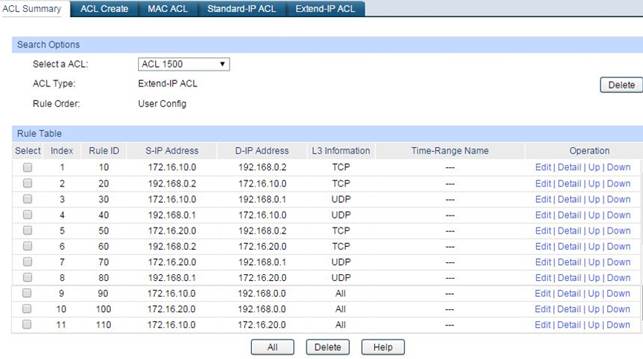 The explanation of the 11 rules are as below:

Rule 1: permit devices in VLAN 2 can get access to Controller port 8088 and pass through “hotspot authentication”.

Rule 2: permit Controller transmit data back to device in VLAN 2 through port 8088.

Rule 3: permit device in VLAN 2 can get access internet through gateway router by port 53.

5. Configuration on the EAP Controller

Choose Hotspot as your authentication type. You will be able to generate a bunch of random voucher codes beforehand. There is a unique code for each user to pass authentication. This function requires your Controller to stay running all the time.

Refer to FAQ915 for detailed configuration of Hotspot Authentication.

With the topology and all the settings above, the clients connected to different SSID can surf the Internet after pass Hotspot Authentication, but can’t communicate with each other and can’t get access to the Controller either.