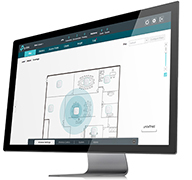 The EAP Controller is used to manage multiple EAPs intensively.