How to setup the Multi-nets NAT feature on TP-Link router?

3213
Ce document concerne les modèles suivants :
TL-R480T+ , TL-ER5120 , TL-ER6120
TL-R480T+ , TL-ER5120 , TL-ER6120 , TL-ER604W , TL-ER6020
Sometimes we may need to divide an internal network into several subnets that can share the same gateway router for Internet connection. However, by default settings, TP-Link router abandons packets from IP addresses in different subnets from its LAN. So in order to achieve this, the gateway router is required to be able to translate (NAT) and deliver packets from LAN, which have IP addresses in different subnets. Multi-nets NAT is the feature on TP-Link router that makes this possible.
Here’s an example of how to set up multiple subnets behind a TP-Link router.
1.   Scenario
A company has three departments in a building, Marketing, Finance and Personnel. The requirements are as followings:
1) Each department is assigned to an individual subnet.
2)          2) All the departments should be able to communicate with each other through the router.
3)          3) All the departments access Internet via the same gateway router.
2.    Network planning and topology:
1)         1) Network address of each department:
2)          2) Topology:
In this scenario, TL-ER6120 acts as the gateway router and TP-Link L3 switch, T3700G-28TQ does the job of a traditional router. 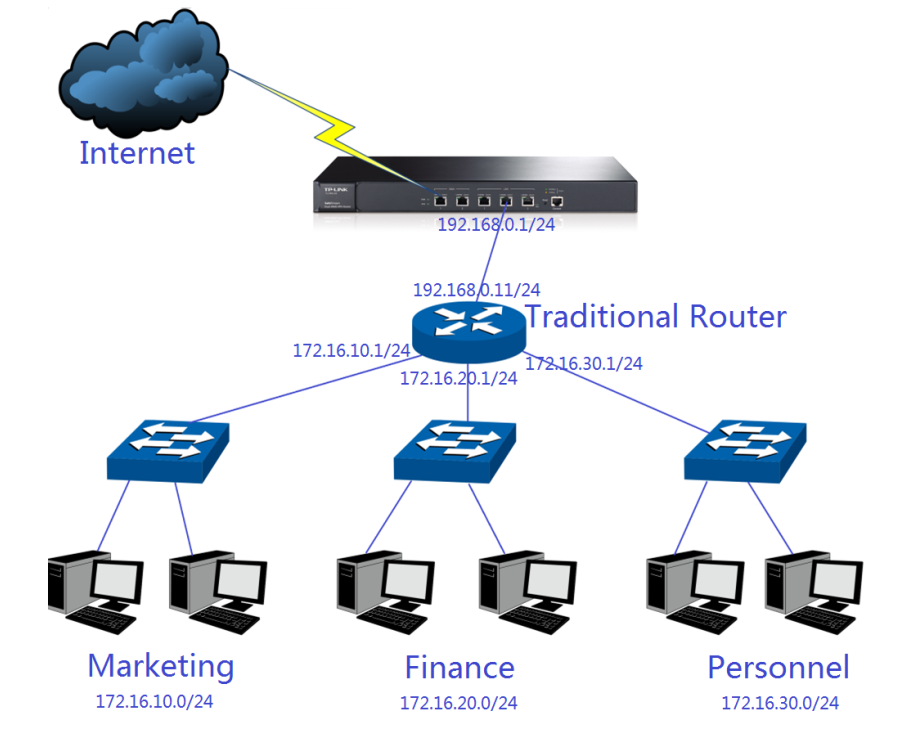 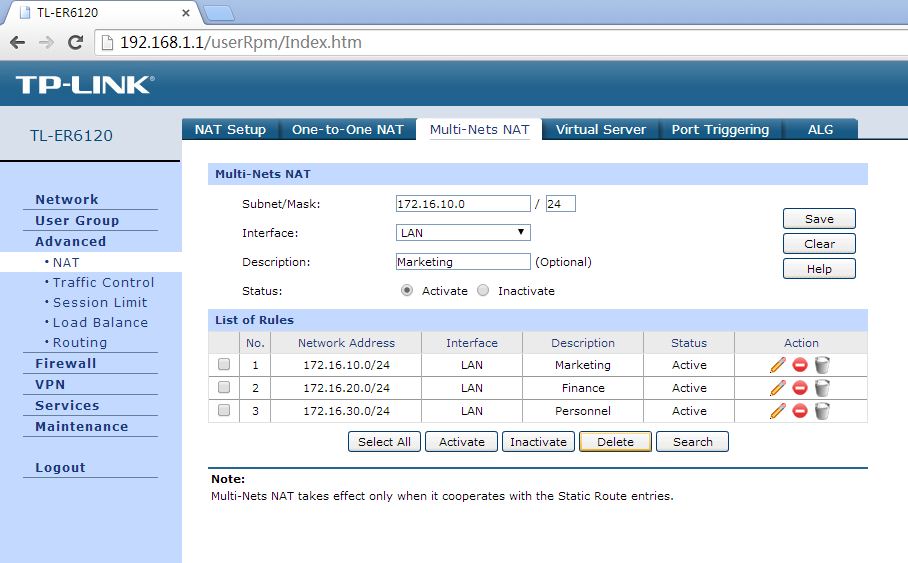 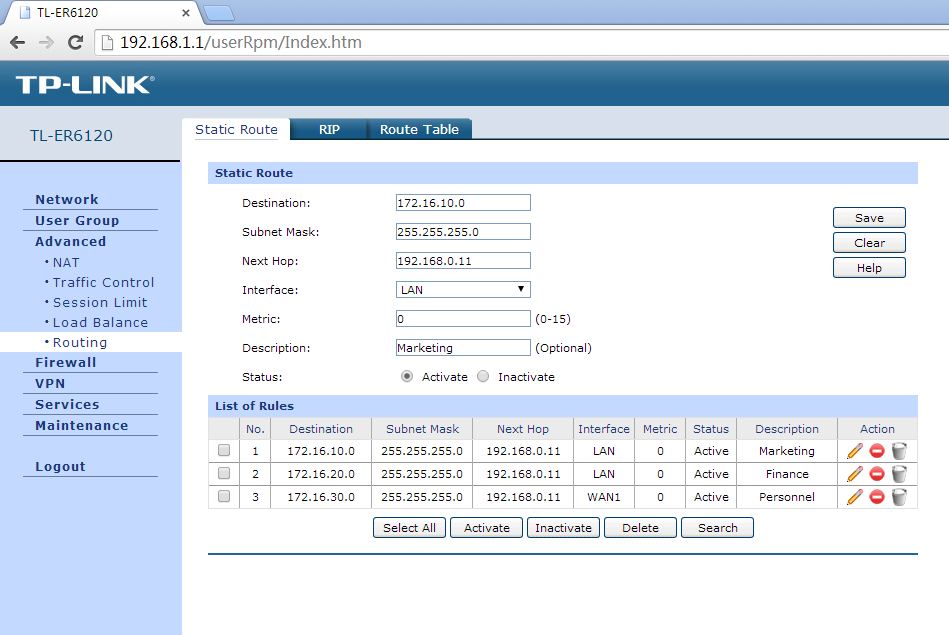